AsÂ Shadows of Adam reaches completion it isÂ getting a nice shellacking of polish. Every little bit here and there can go a long way. And sometimes the game simply wouldn’t feel the same without it. One currentÂ graphical focus that demonstrates this greatly is our use of overlays andÂ lightingÂ to help set theÂ mood during specific scenes or events. After lots of trial and error we’ve developed a lighting system we are comfortable can carry us through the rest of the game. Ahead find a sampling of before/after shots of our lighting system in action.

The lighting is not very complex, but it is very practical for our needs. Most lighting effectsÂ are just full screen graphics with either solid color fills or simple moving patterns. Light sources themselves (like the windows or campfire) are drawnÂ in bright colors with subtle glows and then drawn over the effects so that they stand out vividly.

Speaking of standing out, if you’re a backer of our game it’s time to get loud and proud! We’re closing in on releasing an exclusive alpha build to all of our backers. This build boasts over 4 hours of gameplay, 3 new towns, 2 new dungeons, and 1 sneaky mini game. Keep your eyes on your inboxes, and expect an invite soon.

In the meantime get familiar with our forums and stay on top of all the latest discussions.Â https://forums.shadowsofadam.com/ 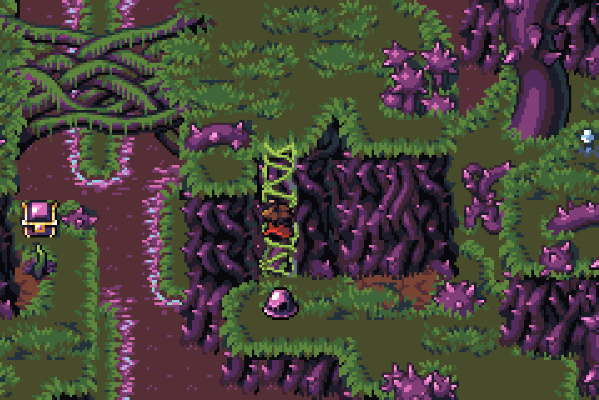 ‘Ello once again from Something Classic Headquartersâ€“

We are still working hard on the demo, but a lot of personal obligations and responsibilities have been keeping us busy the past month and will be keeping some of us busy throughout October. That being said the demo is still making regular progress, and it’s been playable from start to finish for quite some time now. At this stage we’re just working on integrating all of our systems (fully designed and arted), and after that it’s just a matter of applying a final layer of polish and bug testing. Once the combat system is fully functional we will treat you with a trailer for the demo soon after.

Until then, however,Â here’s some box art I made for the game. It’s been posted here and there, but for those who have yet to see it, here’s your chance!

Stay tuned for next week’s post, as we’ll most likely be doing our final hero reveal.

Last article I left off by saying that I’d hope our demo was in your hands by now. Turns out that was a bit of wishful thinking on my part. We’ve been doing a lot to get the demo in shape, and I think it’s appropriate to think that it won’t be ready until at least the time of my next blog post. In case you’re wondering when that is, we each take turns writing the week’s devlog, and there are 5 of us total. For those not counting, that puts the demo at a hopeful early October release.

One of the things I’ve had to do to get the demo ready is work on our landing page and Shadow of Adam’s overall aesthetic for marketing purposes. After many tireless hours I’ve come up with a look that I am happy with. And with my new found powers I wanted to share with you our first formal character introduction/bio.

Ladies and gentleman, Shadows of Adam’s most bull-headedÂ hero, Kellan!

I hope you enjoyed this little teaser. We will be covering combat more in-depth at a later time. Until then, stay tuned for more character teasers. Thanks, and good day/night!

This is the final partÂ of a three part series.

Welcome to the lastÂ article in this series on budgeting the art costs of an RPG, whichÂ to be fair, should haveÂ been ‘Budgeting the Pixel Art Costs of an RPG’â€“ Â but I digress. In this piece I will be fittingly talking about what it meansÂ for us Â toÂ “finalize” the art inÂ Shadows of Adam, and what can be expected in regards toÂ the overall art costs for variousÂ RPGs built out of pixels. You’ll findÂ that game scope and resolution play a major factor in determiningÂ cost.

If you’ll recall, we were about 3/4 of the way through all of our tile needs when our tile artist, cyangmou, took a temporary hiatus. Turns out he was working hard getting a trailer ready for his own game, Tower 57 (subscribe hereÂ and here for updates). A month before its official Kickstarter launch, cyangmou graciouslyÂ stepped in for Something Classic to put in his final time on theÂ tile sets.

It’d be fair to say that we had lofty goals for each environment in Shadows of Adam. Each place was designed with specific functions and mechanics in mind, and a lot of that carries over to the aesthetics of an area out of necessity. Our original intentions were to have over the top mechanics for each area. The kind that require a lot of unique art and showy animations to keep the mechanic novel, engaging, and enjoyable. Turns out that can be really time-consuming to create. Throughout the design of each area we’ve had to make cuts to the scope of what we wanted to portray visually. There has always been a soft cap on how much time should be spent on a single tile set.Â So when a tile set was reachingÂ that cap we’d often have to make choices between finishing the base tiles with animation, designing and animating a core game play element, or creating a major set piece to make sure the tile set was memorable. The choices weren’t always easy, but all were necessities in order to keep the costs within our original budget plans. Cash can be a good incentive when it comes to making tough choices about what to cut.

In theÂ finalÂ stretch of our tile budget we had a limited amount of time to finish up all outstanding tile sets. At minimumÂ this was two major dungeons, the world map, and polish tweaks to a few unfinished assetsÂ and environments. In addition to that we had goals for one or two moreÂ tile sets, and the editing and expansion of a few other pre-existing sets. All of which we cut in order to make sure that we could fully polish the minimum requirements instead. Cyangmou handled our needs like a champ, often working with me to make sure all of our priorities were being hit, and offering suggestions onÂ what to focus on. His value throughout the project cannot be overstated, and at the end of the run I am happy to say we are 100% tile set complete with no regrets.

With all of the tile sets done for our game, once all of the mechanics are in place, the game can be fully developedÂ with placeholder graphics. Art no longer being a blockerÂ means we canÂ start exploring what our finished game actually looks like. In a big budget game this would mostly be determined in pre-production. As an indie game you’re always in pre-production, pre-production doesn’t end untilÂ you can concretely state every aspect and direction of your game. This is exactly what we’re locking down right now.

Tile sets make up a major part of Shadows of Adam’s aesthetic, but it’s still our job to breathe life into them through the rest of the art.Â There are characterÂ sprites, portraits, enemies, battle backgrounds, visual effects, lighting systems, and various animations that all go into creating an immersive RPG world. Which is not to mention the all important UI. In order to finish our game everything I just mentioned needs to have a set standard, and our final assets need to meet exactly that standard. Fortunately development has been strictly focused on a small sampling of all these requirements. Any time our style evolved, that sampling evolved with it, but we did not create new assets. As an example we’ve been working on this game for two years, and we only have 15 monsters designed.Â A third of which have been untouched quite literally for years. We still need to design about 50 monsters for our game, but a lot of cost will be saved by getting them fully polished on the first pass.

Speaking of cost, we’re at a point in our projectÂ whereÂ it’s clear what the total art cost is going to be. Using our outsourcing costs and my own time converted to a dollar amount our art budgetÂ falls in the $15,000-20,000 range.Â Which may be aÂ little surprising to some considering that Shadows of Adam is a game whose scope is reasonable. We’ll have about 12-18 hours of legitimate game play over 5 major dungeons. But the truth of the matter is that making an RPG is extremely costly in terms of the art resources needed to generate hours of game play. In our case it costs about $1000 to make 1 hour of game play. And this is a low resolution game with a highly-polished, but easy to make style of art. If your game is high resolution,Â has a hard to replicate aesthetic, or time intensive animation, the costs go up exponentiallyâ€” 8bit RPG $200/hr of gameplay, 16bit $1000/hr, HD $10,000/hr. These are just indie costs for relatively small teams, a full fledged game studio would incur far greater costs than that. When you decide to tackle the art for an indie RPG know that you are going to either be paying for it out of pocket or in blood, sweat, and tears. Even a modest game like our own will have taken over 500 man-hours to create all of the art for. If you’re a one-man/woman-show doing everything on your own, the project could realistically take over 2000 of your own hours.

And on that note all of this talk of hours and working has me exhausted. I hope you learned a bit from me in this series, or at the very least got some insights into how we work at Something Classic. Next time it’s my turn to write I hope that you’ll have a demo of our game inÂ your hands.