We have officially entered the final 72 hours of our campaign and have hit 75% funding! We are feeling super pumped about getting this game fully funded and the last few days have seen a HUGE increase in pledges. Thanks to you all!

Thanks to your efforts you have unlocked the next surge reward!

The Magma Sanctum is one of the final dungeons of the game where the player must traverse timed heat rooms, jump over lava pools, and solve complex Wraith Orb puzzles.

When tasked with composing the music for this level, I knew I wanted the music to be earthy and have a tinge of anger to it. The element of fire brings to mind strong, visceral feelings. I felt the best way to capture this energy was in a 12/8 Afro Cuban rhythm (example here: https://www.google.com/search?q=12%2F8+afro+cuban&ie=utf-8&oe=utf-8).

This piece features fiery brass stabs, an ethereal sitar melody, and a relentless afro Cuban rhythm played by the bass, piano and drums. Not being content having this tune only existing in the context of Shadows of Adam, I then adapted the tune for my 19 piece big band, The Tyler Mire Big Band. In fact, it was just this last Sunday that we went into the studio and recorded it! 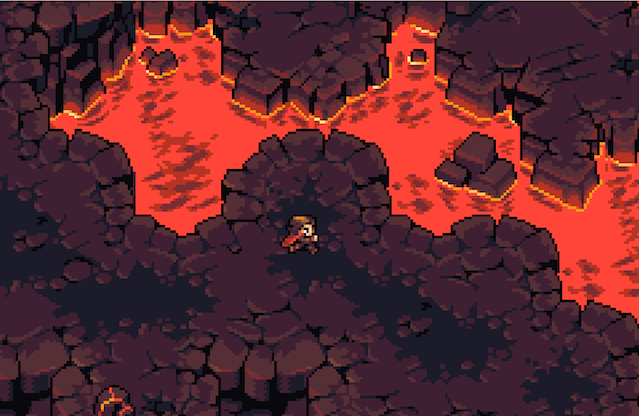 Some people were curious about the previous surge reward (alpha access up through the Wind Tower dungeon) and its availability. Once the Kickstarter campaign has ended we will focus on finalizing the alpha build and will make it available to all backers through a private link.

There are only 2 days left, but plenty more rewards to unlock! Here’s a reminder on how you can help fill the surge meter. 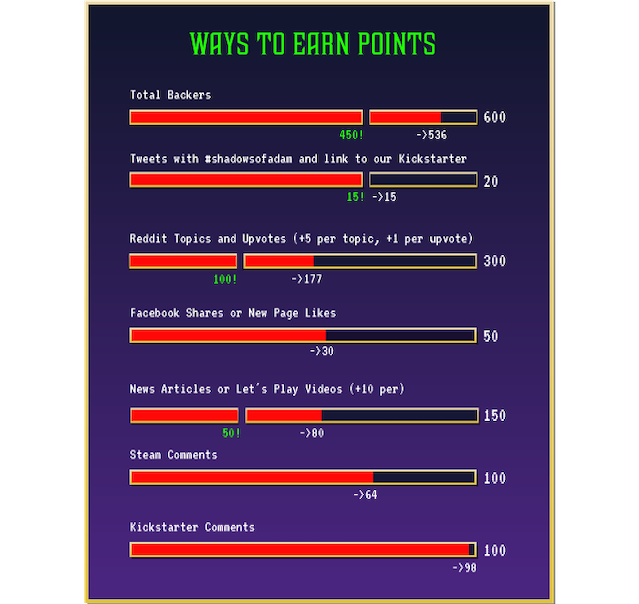 Don’t forget to vote YES for us on Steam Greenlight. We are very close to being greenlit, and would appreciate your help in these final hours!

Before we sign off we would like to point you guys to a very cute project in its own final hours. Wandersong is an adventurous little title where you walk around and interact with tons of unique and memorable characters through song and music. It has really colorful visuals and a fun, whimsical, style. It’s a beautiful title, and with your help it can sing for you songs of praise! 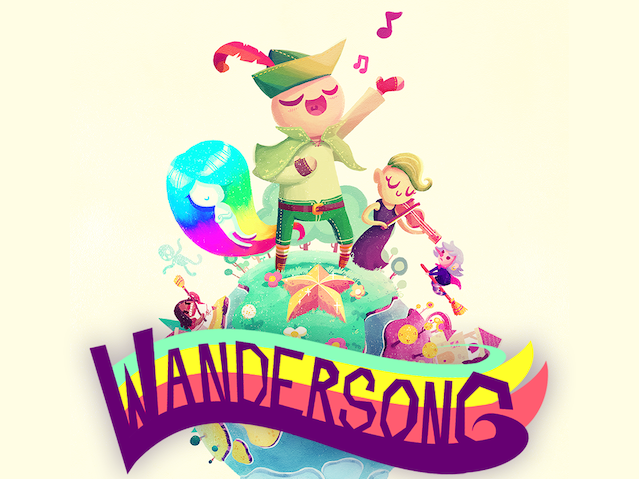 And that wraps things up for tonight. With just $5000 left to raise, we are confident that this game will be funded. But don’t be lulled into a sleep, there are only 2 days left! If you have yet to pledge, or have been meaning to increase your pledge now is the time to do it.